NEW YORK, NY – On February 19, New York City-based auction house Guernsey’s will proudly present the very instrument that made rock and roll possible: the original prototype of the revolutionary Les Paul Gibson guitar. This particular guitar, known as Black Beauty, was designed by and belonged to guitarist-inventor Les Paul decades ago—it is the prototype for all Les Paul models produced by Gibson to this day. Museums, collectors, musicians, and fans alike will have the opportunity to own this pivotal piece of history when it is put up for auction at the Arader Galleries on Madison Avenue in New York City.

A pioneering musician as well as an avid inventor, Les was always looking to improve upon the guitars he was playing. Approached in the early 1950s by Gibson with the hopes of building a true electric model suited to his needs, the first guitar constructed (known the Gold Top) had multiple design flaws. In response, Les demanded that a much better instrument be made if it were to bear his name. Though initially referred to as the Les Paul Black Custom, this marvel eventually became known as “Black Beauty.”

The guitar’s storied history began when it left the Gibson factory in December of 1953 and was delivered to Les in early 1954. Modifications and experiments were constantly made on this instrument from its first use in 1954 until its last use in 1976 – all in pursuit of the ideal sound Les craved. He played this guitar for years on the Les Paul and Mary Ford Show (famously sponsored by Listerine), as well as during countless stage performances, and professional recordings. This forward-thinking instrument featured superior refinements: a new tune-o-matic bridge and stoptail piece system, finer inlays, and a fancy-looking binding around the entire guitar -- all in black with gold hardware -- reminiscent of a formal black tuxedo.

Many of today’s most accomplished musicians keep multiple Les Paul models in their arsenal and play them extensively, including Jimmy Page, Slash, Eric Clapton, Paul McCartney, Jeff Beck, Neil Young, Dave Grohl, Peter Frampton, Billy Gibbons, Joe Bonamassa, and many, many more. Some of the most famous names in modern rock and blues history proudly played on their own Les Pauls, such as Gary Moore and the legendary Peter Green just to name a few. Indeed, hundreds of thousands of these fine instruments are used around the globe as the guitar of choice for serious players and performers. This seminal Les Paul Black Custom, named for the “Godfather of the Electric Guitar,” was the prototype from which all other Les Paul guitars were born.

After more than 20 years of performing with and innovating on this guitar, Les gifted this iconic instrument in 1976 to his personal luthier, technician, and close friend, Tom Doyle, where it has remained in Tom’s private collection to this day. Both Les and Tom knew that this instrument would be considered a bellwether, one of the most iconic pieces of Les Paul’s career, and a very important and historically significant piece. Some 60 years after it was made for Les Paul, this guitar transcends its inherent importance as a collectable item, a historical musical instrument, and as an amazing piece of memorabilia for fans of the man who made rock and roll a reality.

In addition to this landmark instrument Guernsey’s is proud to offer other select items from the collection of Tom Doyle, most notably Chet Atkins’ legendary prototype Gretsch guitar known as “Dark Eyes.” This one-off Black 6120 model was one of two prototypes Gretsch made for Atkins. (The other was the traditional orange). Chet used the instrument as his benchmark for the many experiments and innovations that would eventually develop the 6120 Model for the mass market; he can also be seen playing this guitar during numerous appearances from the late 1950s. It is by no means a coincidence that both of these black guitars have joined forces once again via this auction, for they each spawned the modern electric offerings of the Gibson and Gretsch guitar companies. Guitar Player Magazine called these instruments “Two of the most important guitars in music history,” and their importance does not solely lie in the hands that played them, but because of what they represent within the confines of the luthiery arts and advancements in sound technology.

All lots scheduled for this auction will be available for preview at the Arader Galleries located at 1016 Madison Avenue on February 18, 2015 from 1p to 9p. Interested bidders may also preview the items on the day of the auction until 7p when the bidding will promptly begin.

For additional information visit www.guernseys.com or contact Guernsey’s at 212-794-2280. For media inquiries or to request an interview, please contact Dara Busch at 212-584-4271 or Guernseys@5wpr.com

A beautifully designed catalogue will be available in an extremely limited edition. Click here to order your Tom Doyle Collection copy.

Those who are unable to attend the auction but would like to participate can view the full catalogue online, and leave advance absentee bids, as well as bid live as the sale is taking place at www.liveauctioneers.com.

Interested bidders should also review the Terms & Conditions, as well as the Bidder Agreement form, and the Absentee Bid form.

Guernsey's welcomes inquiries from the media regarding both past and upcoming events. PDF copies of the press release and links to media coverage of our Tom Doyle Collection are available below: 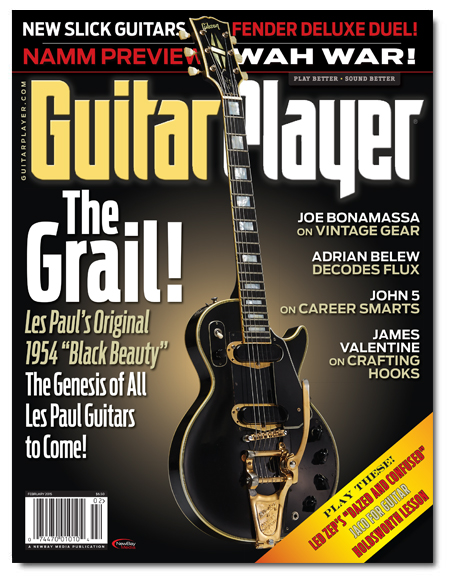 The Video of Joe Carducci – Head of Operations for Gretsch Guitars